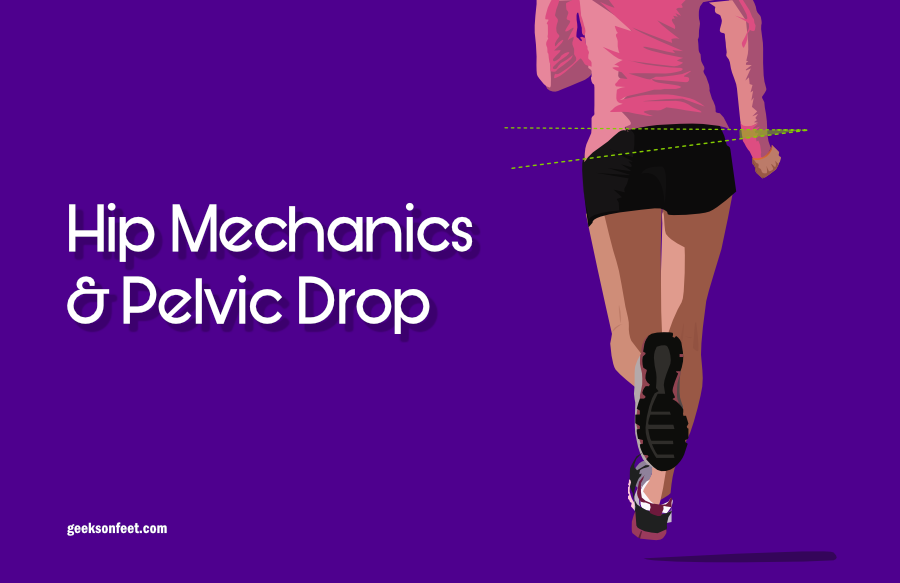 Runners often focus too much on foot strike, foot pronation and other clearly visible aspects of running form. In reality most form issues stem from what happens up above the leg musculature. We have observed that most performance issues originate from the hip muscle complex. Hip muscles are the powerhouses of running, and hence extra focus should be given to any issues originating from there. One such issue that we observed is excessive hip (pelvic) drop, also known as ‘Contralateral Pelvic Drop’.

What is Pelvic Drop?

Pelvic drop can observed either from the front or back view, while the runner is at midstance of the running gait. When runner is in mid-stance on one leg, it is fairly common to see the pelvis drops on the other side. It is the natural way to balance and stabilize the stance, so that we can propel forward. However, excessive pelvic drop is where the what can cause issues. 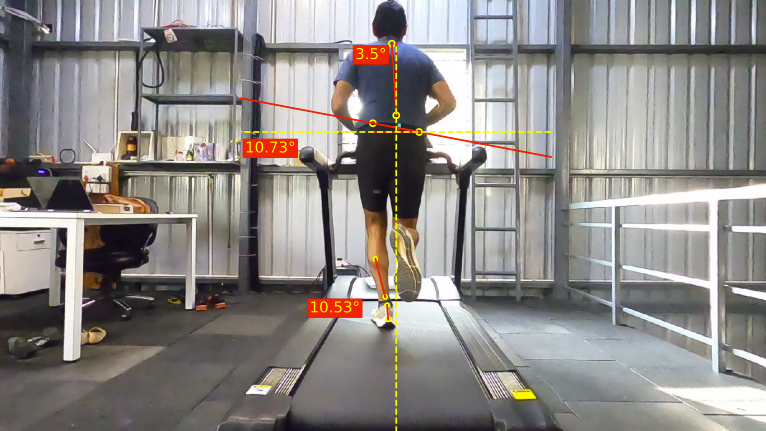 Excessive Pelvic Drop is primarily a result of weakness in the Gluteus Medius (which is the primary muscle stabilizer that controls pelvic drop). This muscle attaches to the ilium (the top of your hip bone) and the greater trochanter of the femur (the top end of your thigh bone). The Gluteus Medius controls both the amount of pelvic drop and hip abduction (motion away from the centre of your body) in your movement, making it an incredibly important muscle for support during any of those single-leg activities.

What happens when Pelvis drops excessively?

When the pelvis is unable to maintain its position, other body parts overcompensate for the lack of stability. When our pelvis drops, the centre of mass gets pulled on the same side, so the trunk will naturally bends towards the higher side (opposite side) to prevent falling over. This often cause the knee to rotate inwards and the knee joint is put in a stressful position. To stabilize the body, these forces also lead to excessive eversion of the rearfoot and overpronation.

Excessive pelvis drop means, it takes more time for a runner to stabilize during the stance phase, hence spending extra time on the ground, leading to higher Ground Contact Time (GCT). It can add as much as 20ms-50ms for each step.

A strong and engaged posterior chain is key to a strong stride. Excessive pelvic drop weakens the posterior chain, and the hip will not be in optimal position to develop maximum force required for strong hip extension. Keeping the drop in check can help saving those precious seconds in your running pace.

Also, compensations such as trunk bend to balance the pelvic drop lead to flared elbows (elbows move excessively laterally). Excessive elbow flare can lead to bad running habits such as criss-crossed elbows (as the elbows move in front of the body) and reduced running economy. 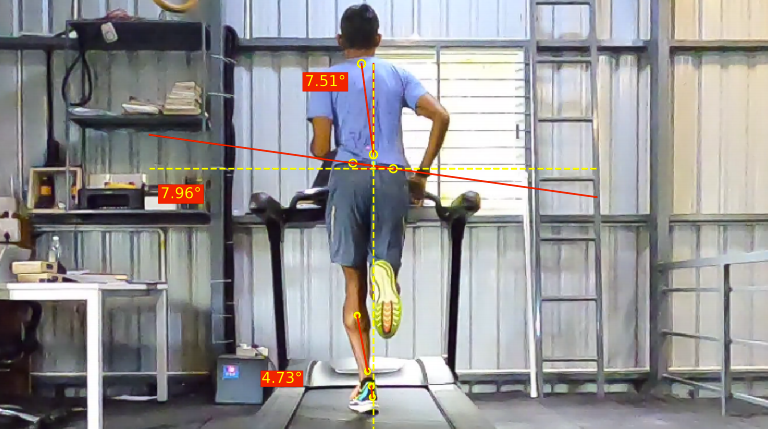 Hip Abductors including Gluteus Medius are the key muscles that help keep the pelvis stable and ensure there is internal rotation. Strengthening these muscles involves workouts that involve motion close to running. Here are some of the workouts that we recommend -

Training the stabilizers is equally important, along with a strength workout. Many runners, while having the strength, often miss the stability. Here are some of the workouts we recommend - 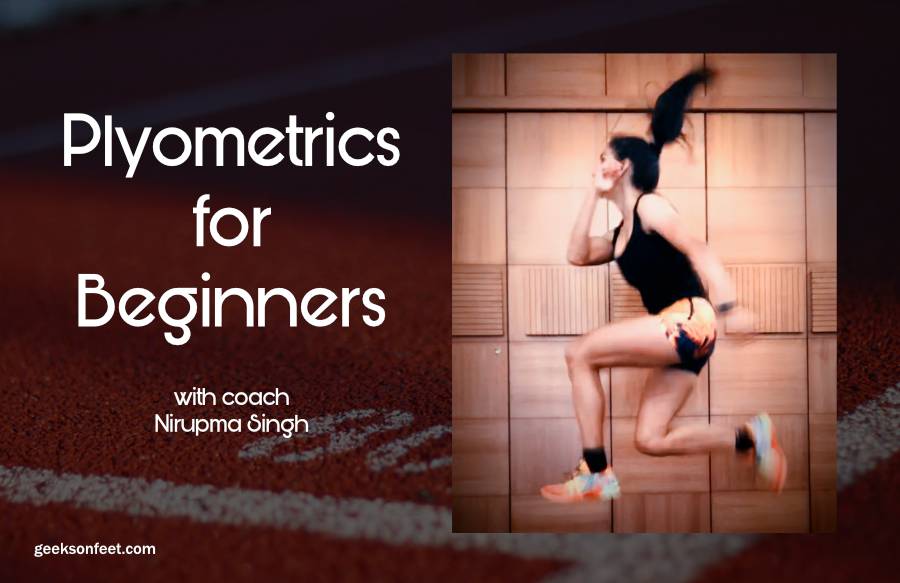 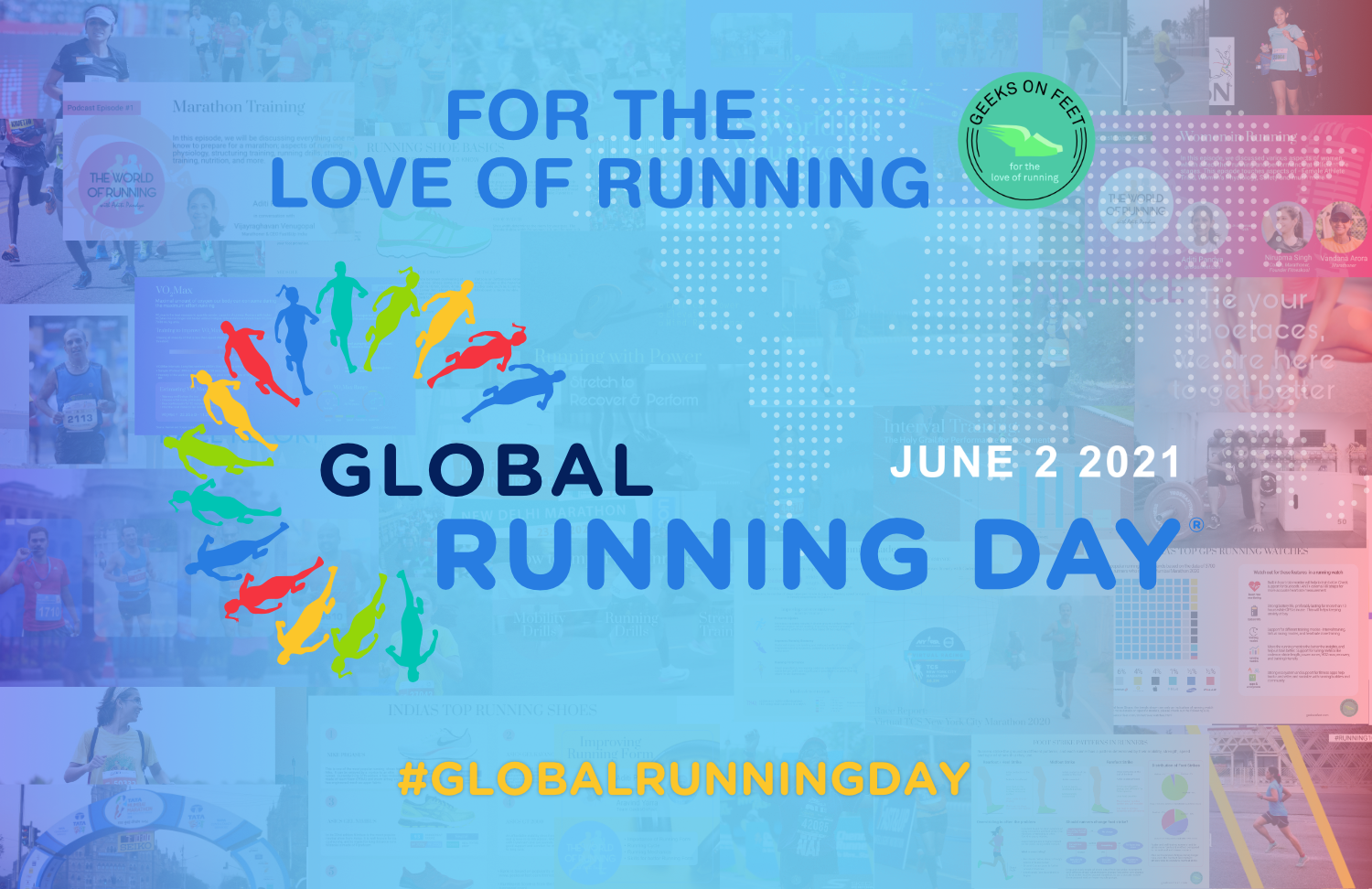